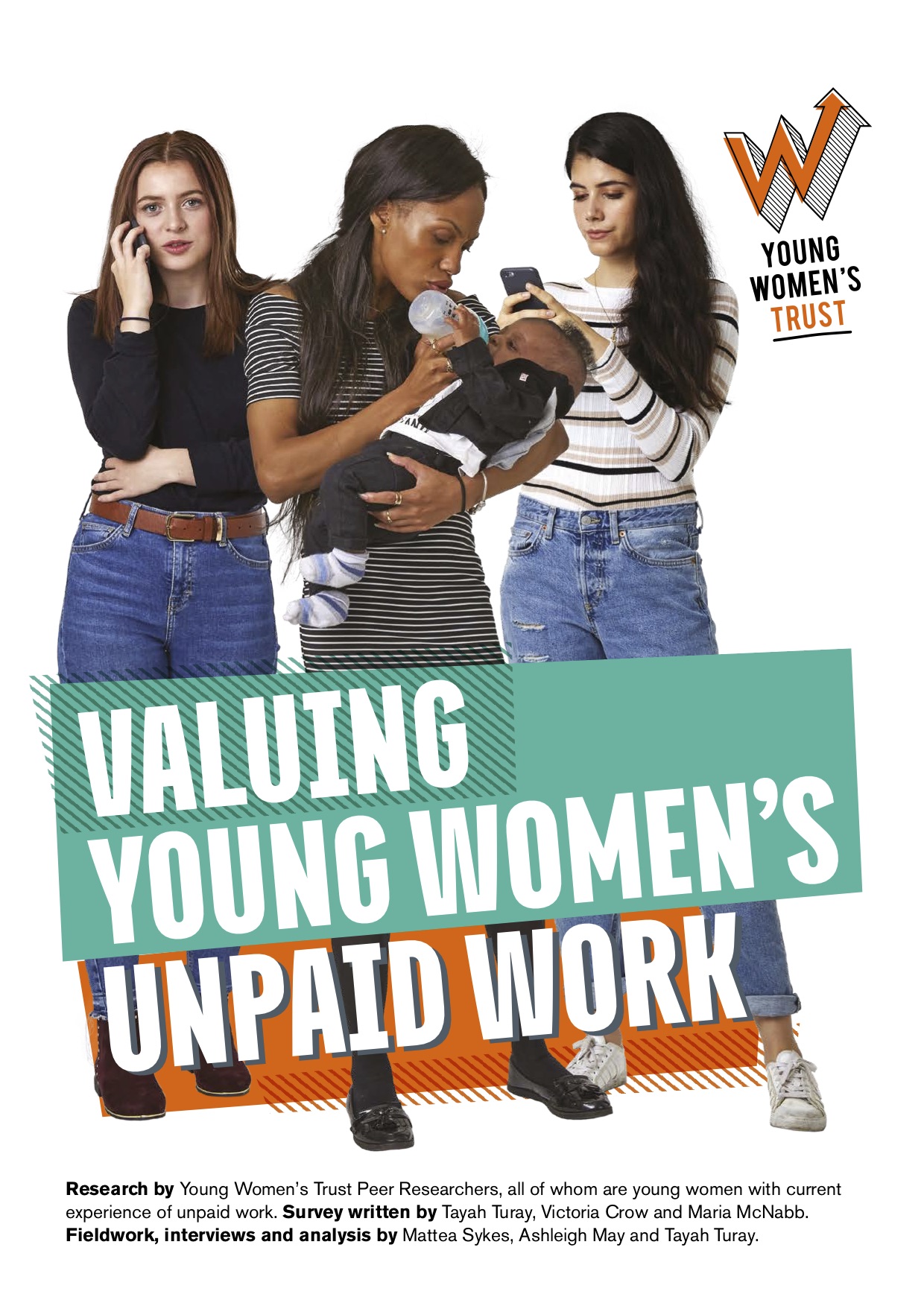 This research reveals that over half of women surveyed said unpaid work, such as cooking, cleaning and taking care of children was getting in the way of their ability to take up paid employment. Many surveyed said their male partners and siblings were free to do paid work, while they felt pressured, and in some cases, bullied, into supporting the household.

Until my involvement with Young Women’s Trust I didn’t know the value of my own unpaid work. Every day I normalised the tasks that I did for others. I often felt exhausted and overwhelmed but had to keep going because if I didn’t, who would? “To be able to interview women as part of the research who were like me and share the same experiences of unpaid work was comforting. But it was also a huge responsibility to ensure that young women doing this work were given a voice and are valued for the jobs they selflessly do for others.

The report, Valuing Young Women’s Unpaid Work, carried out by young women researchers aged 18-30 and a survey of 85 young women, found that:

Worryingly, some young women reported that they were fearful of negative repercussions from either a partner or family member for not completing unpaid work. These testimonies showed clear examples of economic abuse where young women were actively prevented from accessing paid work or economic autonomy.