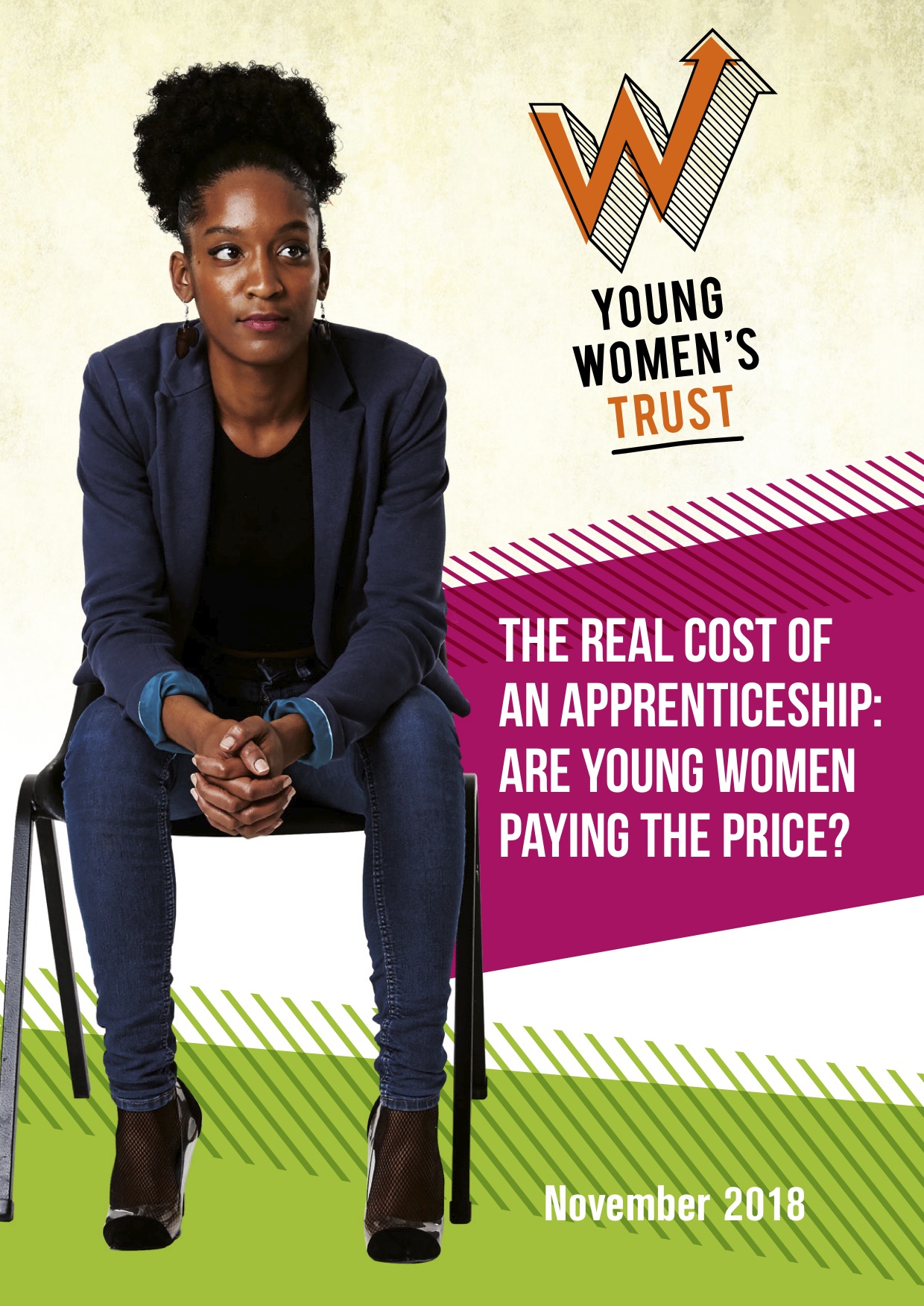 This report looks at apprenticeships and finds some room for optimism, but also significant remaining challenges that hold back too many apprentices, especially young women.

We surveyed 508 current or recent apprentices through ComRes and found that 3 in 5 struggle to make their cash last to the end of the month, leaving many unable to afford essentials, like transport to work, or having to borrow money.

For lots of apprentices, outgoings are more than income, which can legally be as little as £3.70 an hour. 60% say they are paid less than non-apprentice colleagues, despite doing the same tasks.

For my level two apprenticeship, I was paid like £3 an hour. I was living with a friend, so my rent was £250 plus council tax and bills. And I brought in £450 a month or something like that. I ended up working on the weekends as well, putting in like 65 hours a week. It made me really stressed.  “I was in my overdraft and a couple of grand in debt by the end of it. I was just trying to get by; it wasn’t anything extravagant. I felt punished for wanting to do a career and do well, whereas if I’d just stayed in a minimum wage job I actually probably would have been fine.

When asked how they make ends meet, 1 in 3 young women apprentices have been forced to borrow money from family or friends. Half of apprentices say they have considered dropping out of their apprenticeship early because they struggled financially.

While many have done an apprenticeship to improve their employment prospects, the report finds that 1 in 5 of those who finished in the last 2 years says they are now unemployed and many others are working in a sector not connected to their apprenticeship. Department for Education data shows that women who have completed apprenticeships are finding that their earnings progression is lagging significantly behind men.

Young Women’s Trust is calling for a significant increase in the apprentice minimum wage – or to scrap it altogether and put apprentices on the same rates as everyone else.

There’s a general lack of financial support, especially as you can pay an apprentice less than £4 an hour. It doesn’t feel like you can sit down with your line managers and say ‘I’m struggling to pay to live at the moment’. Would I be able to cope if I wasn’t living at home? Probably not! I’ve known people who have had to leave because they can’t afford to live. It’s sad to hear when it’s your friends going through that and they’ve had some particularly nasty experiences.